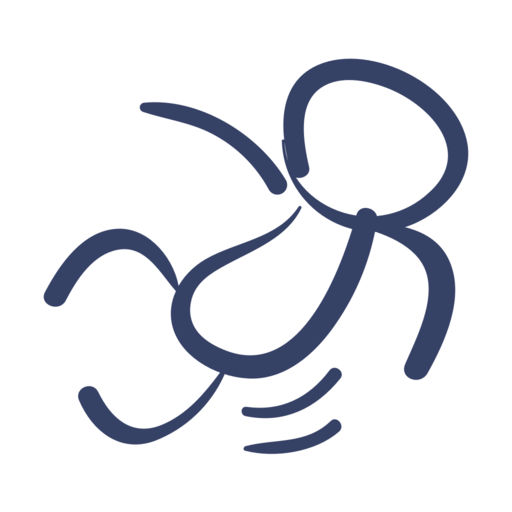 
A stick figure is a very simple drawing of a person or animal, composed of a few lines, curves, and dots. In a stick figure, the head is represented by a circle, sometimes embellished with details such as eyes, mouth or crudely scratched-out hair. The arms, legs and torso are usually represented by straight lines. Details such as hands, feet and a neck may be present or absent, and the simpler stick figures often display an ambiguous emotional expression or disproportionate limbs. Graffiti of stick figures are found throughout history, often scratched with a sharp object on hard surfaces such as stone or concrete walls. Stick figures are often used in sketches for film storyboarding. The stick figure's earliest roots are in prehistoric art. Tens of thousands of years later, writing systems that use images for words or morphemes—e.g. logographies such as Egyptian and Chinese started simplifying people and other objects to be used as linguistic symbols. There is also a modern history that traces at least in part from Rudolf Modley's extending the use of figures from Isotype for commercial use. The first international use of stick figures is in the 1964 Summer Olympics in Tokyo. Pictograms created by Japanese designers Masaru Katzumie and Yoshiro Yamashita formed the basis of future pictograms. In 1972, Otl Aicher developed the round ended, geometric grid based stick figures used on the signage, printed materials, and television for the 1972 Summer Olympics in Munich. Drawing on those and many other similar symbol sets in use at the time, in 1974 and 1979 AIGA (commissioned by the U.S. Department of Transportation) developed the DOT pictograms public domain symbols for use at transportation hubs, large events, and other contexts in which people would know a wide variety of different languages. These, or symbols derived from them, are used widely through much of the world today. #sketch #painting #draw #instaart #creative #arte #ink #streetart #color #sketchbook #artoftheday #paint #doodle #contemporaryart #pencil #artsy #graffiti #digitalart #abstract #instaartist #watercolor #picture #artistic #arts #gallery #fineart #artgallery #tattoos #graphic #illustrator
Claim this app

Claim ownership of Stickman Doodles Stickers now to connect this app to others and join networking groups. You need to have the authority to claim this app on behalf of its publisher Edgar Gante.