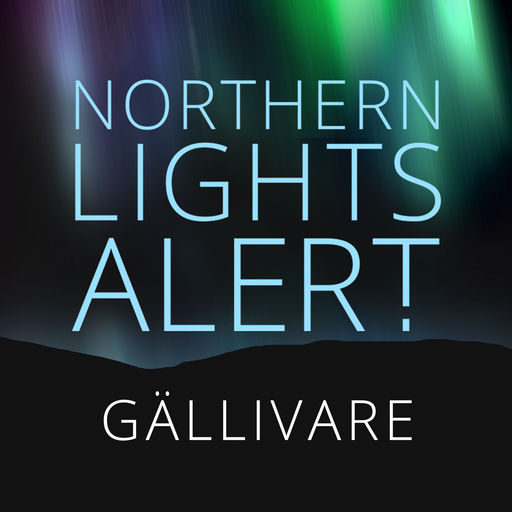 
App works in Gällivare, Sweden Get the Northern Lights -app and know exactly when the sky will be painted. The unique alarm system will let you know 1-2 hours in advance if the Northern Lights will be visible in your area in Lapland. App tells you when you need to go out to see Northern Lights. App uses several data sources to tell you when it is possible to go out and see Northern Lights. Northern lights is the name used for the Aurora Borealis seen in the Northern Hemisphere. Northern lights are colorful, dancing light phenomenon visible in the northern sky. What Charged particles emmited by the Sun stream towards the earth at 300–1000 km/s, as a solar wind. The solar wind curves around the earth, steered by its magnetic field. When the electrically charged particles strike oxygen and nitrogen molecules in the atmosphere, energy releases become visible as light. The strongest northern lights occur at around 100km above the Earth. To best way to see northern lights is to find a place without much light pollution, such as street lights. The sky needs to be clear to be able to see the phenomenon. Usually the best time to see auroras is between 11 pm and 6 am. You can see northern lights from october to march. The northern lights are visible on 200 days during an average year. Tale Long ago there was a fox living in the northern fells. During winter months the fox ran across the snowy fells. The fox was a helper of Santa Claus, delivering messages between the elves and Santa Claus. Christmas is a really busy time for Santa and his helpers, so the Fox had to run as fast as she could. She ran so fast that her tail created sparks. When you see lights over the northern sky, you now know that there is a messenger on the way to Santa Claus.
Claim this app

Claim ownership of Northern Lights Alert Gällivare now to connect this app to others and join networking groups. You need to have the authority to claim this app on behalf of its publisher Suns� Oy.