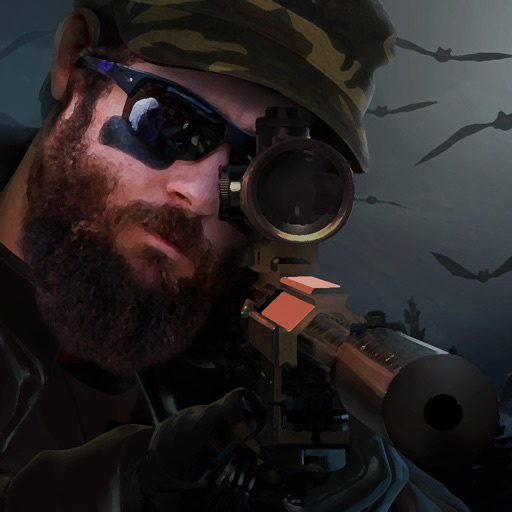 
In the forest of amazon, an apocalypse is about to occur. Not many in this world knows about it but the ones that do know are terrified by it. Some say these are just bats getting out of hands, other think there is some dark mystery behind the cured bat army, An army with the sole purpose of destruction. An army whose terror has forced civilizations to back out. An army whose aim is to crush anything in its path. It is believed that the army is controlled by the mysterious creatures, Vampires. Its time to find out the truth, help the villagers restore there village, You soldier will spend nights and days in the forest with out any support of military or airstrike or elite forces. You are on your on, all you have with you is your GUNS. Be a ghost hunter. Kill the bats, shoot the vampires and unravel the story of the bat army along the nights you spend in the amazon forest. Hide our in the mountains and shoot with a beautiful shooting experience, Chase your enemy. Once you see the enemy do not let it escape. Improve your shooting skills, With limited supply of ammunition your aim, target and shooting skills is all that will matter.
Claim this app

Claim ownership of Bat Army Shooter now to connect this app to others and join networking groups. You need to have the authority to claim this app on behalf of its publisher Malik Basit Zia.