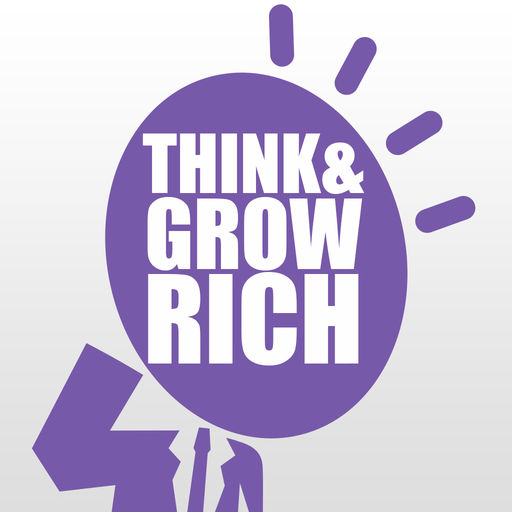 
Think and Grow Rich by Napoleon Hill Think and Grow Rich is a motivational personal development and self-help book written by Napoleon Hill and inspired by a suggestion by Scottish-American billionaire Andrew Carnegie. It was published in 1937 during the Great Depression. It remains the biggest seller of Napoleon Hill's books, selling a claimed 30 million copies over the next 70 years (although Alice Payne Hackett's 70 Years of Best Sellers suggests the figure was lower). The text of Think and Grow Rich is founded on Hill's earlier work The Law of Success, the result of more than twenty years of research based on Hill's close association with a large number of individuals who achieved great wealth during their lifetimes. At Andrew Carnegie's bidding, Hill studied the characteristics of these achievers and developed 15 "laws" of success intended to be applied by anybody to achieve success. Think and Grow Rich condenses these laws further and provides the reader with 13 principles in the form of a philosophy of personal achievement. About the Author: Napoleon Hill (October 26, 1883 — November 8, 1970) was an American author who was one of the earliest producers of the modern genre of personal success literature. His most famous work, Think and Grow Rich, is one of the best-selling books of all time. Hill’s works examined the power of personal beliefs, and the role they play in personal success. “What the mind of man can conceive and believe, it can achieve” is one of Hill’s hallmark expressions. How achievement actually occurs, and a formula for it that puts success in reach for the average person, were the focus of Hill’s books. Reviews: Think and Grow Rich is one of those books which makes a lasting impression. No matter what you may think of Hill's philosophy and his folksy writing style, you are bound to come away from this book feeling energized, more optimistic about life, and (possibly) a bit richer for the experience. --J. B. Hare, 7/20/2006
Claim this app

Claim ownership of Napoleon Hill's : Think and Grow Rich now to connect this app to others and join networking groups. You need to have the authority to claim this app on behalf of its publisher Gunvanta Patel.