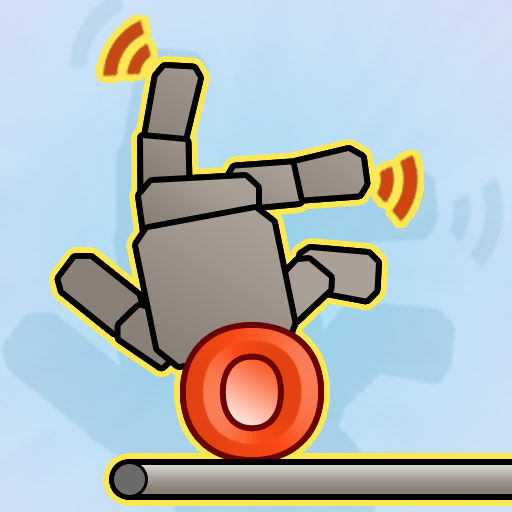 
**** v1.5 has been submitted! featuring major bug fix updates and other general improvements! we have also dropped the price down to $0.99! ** Thanks to everyone who has been uploading their custom scenes, there are over 7,500 scenes (!!) available for download right now! Ouch! is an open-ended game about flinging a customizable "rag doll" character through a variety of scenes featuring a huge array of objects, with realistic physics and sounds. For each scene, you are given a "score" based on how much damage the character has taken. The controls are simple: tilt the device to slightly alter gravity, guiding the character into objects -- swipe a finger on the screen to "nudge" the character -- or touch on-screen interactive props such as pinball flippers, cannons, rockets, cars, and more to cause even more damage! ** FULL LEVEL EDITOR INCLUDED ** Game Features: * Amazing Ragdoll physics * Over 45 pre-built scenes to play * Over 65 props and objects to interact with (crash into, hit, drop, shoot, etc) * Create your own characters with customizable outfits, hats and hairstyles, and faces * Put your friends (or your enemies, or your own!) face on a character by importing pictures from your photo library, or by taking pictures directly with the iPhone camera - complete with multiple facial expressions! Watch your brother/friend/enemy grimace in pain when he gets hit in the head with a falling anvil! (when creating a custom face for a character, you will need 3 images-- one for each expression: normal, happy, and ouch!). If you don't have 3 images, you can use the same image multiple times. * Complete level editor included - design your own scenes from right within the game. In fact, every scene included with the game was created with the same built-in editor! * Resume Edit feature - if you get a phone call, or have to exit the app while editing a scene, you can resume from where you left off the next time you launch the game. * Full replay system - watch playback in forward, reverse, slow motion, fast motion and any speed in-between with the intuitive "playback spinner" * An iPhone / iPod Touch first! -- Use the innovative "export to image" feature to export your custom scenes and characters to a standard JPG file, which you can email to your friends -- they can import that image into their game, and play your custom scenes, or use your custom characters for themselves! Sharing content is easy! * High Score tracking - the top score for each scene is recorded and kept - even for all of your custom scenes that you create, or import. * Future updates will add more of everything - scenes, outfits, props, hats, etc!
Claim this app

Claim ownership of Ouch! now to connect this app to others and join networking groups. You need to have the authority to claim this app on behalf of its publisher Brandon Proulx.