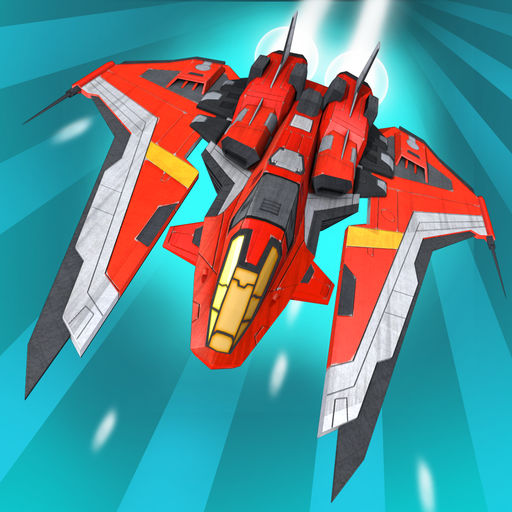 
The Sky Corps is a private corporation sanctioned by the government. Their goal is to protect the citizens of Earth from extra-terrestrial forces and keeping the peace between humans and aliens. However, a year has passed since the invasion in 2015 where attempts to establish communication with an unknown fleet ended with an all-out war. A year later, the Sky Corps has successfully restored itself to it’s former glory but one of its most influential members, Captain Gellard disappears while on a high profile mission. In the wake of his disappearance, you, as a Lieutenant of the Sky Corps are tasked with restoring order to a secluded town. This then starts the chain of events in Sky Invasion 3D. Game Features: - Subscribed player is given two free gems every 4 hours while free player is only given one free gem. - High tech user interface to fully immerse yourself in the experience. - A variety of aircrafts to choose from, each with its own unique properties. - Powerful abilities that can aid you in combat. Use them wisely! - Activatable Boosts to give you a small edge against your enemies. Be the first to know! Get inside Gamewars info on great deals, plus the latest game updates, tips & more… VISIT US: www.gamewars.my
Claim this app

Claim ownership of Sky Invasion 3D now to connect this app to others and join networking groups. You need to have the authority to claim this app on behalf of its publisher Techninier Sdn Bhd.